Whether you are blogging for a hobby, for the community, promoting your business or to get your message out to the world. We all need readers to find our site and actually read the content we publish. However, generating traffic is easier said than done without having sufficient traffic we cannot turn our dream of quitting our job and blogging full-time into a reality. While there are numerous paid options to choose from, if you can do something for free why not. Here are five free ways to gain traffic to your blog!

This is a super simple tool anyone can use to boost shares on social media. First you sign in through your social media of choice Twitter, Facebook or Instagram. Once you’ve signed in you “boost” a post thus simply adding your post to the community queue to be shared. Now, in order to reach as many…

Blog of a Mad Black Woman

There is no medicine like hope, no incentive so great, and no tonic so powerful as the expectation of something better tomorrow.

Have a blessed day all. ❤

I read a post today that was so touching that I had to share it! Kudos to the author Minimal Belle for such a Phenomenal blog post.

Courage rarely explodes in a rush of love and sunlight.  Those incidences occur, but they are rare. Mostly, courage is a fraction.  A part of a whole.  A whisper that says “I k…

Source: What is courage? Share your blog and what you blog about…..courtesy of The Recipe Hunter! 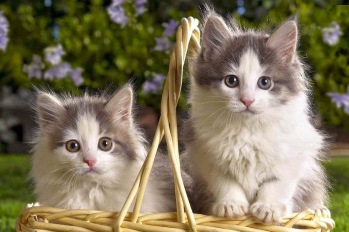 This will be ONE of our new MONTHLY Events !!

The way you think and feel about yourself, including your beliefs and expectations about what is possible for you, determines everything that happens to you. When you change the quality of your thinking, you change the quality of your life, sometimes instantly. We all know that this is better said than done because some days we all need a little pick-me-up. We all need a dose of motivation from time to time and today I will share ten motivational quotes that can inspire anyone for any aspect of life. Read on and remind yourself of the amazing things that are in store for you (or forward them on to a friend in need of a boost). Then, go forward, and continue striving for greatness.

All About Healthy Choices

Attitude is an interesting word that has a profound impact on our emotional well being. It can work in our favor or impede our ability to grow and develop. Surprisingly, many people with “good” attitudes often possess an over abundance. Conversely, many people with “bad” attitudes suffer from such significant positive emotion deficit, their attitudes create great self harm.

When it comes to good health, those with GOOD ATTITUDES do what is necessary to achieve the quality of life they choose. They do not place stipulations and terms to achieve their goals. They recognize that life has pleasurable and less than pleasurable experiences; both of which need to be completed in order to attain the goal(s). They don’t focus on or complain about life’s “less than pleasurable tasks or experiences.” They realize and accept their situation and pursue it as positively as possible to make the…